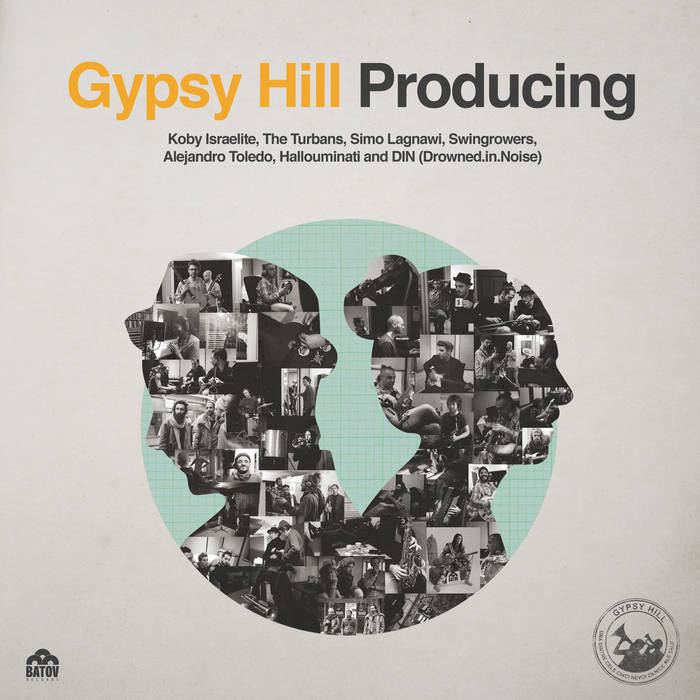 Batov Records are delighted to announce the release of the latest Gypsy Hill album - 'Producing'.

Following on from the success of remix album, ‘Their Routes’, which included heavy-hitting tracks from the likes of Shazalakazoo, Slamboree & AlgoRythmiK - the upcoming ‘Gypsy Hill Producing’ record presents something of a new direction.

This album is exclusively collaborations with a select few carefully chosen acts across a range of genres, tied together by Gypsy Hill’s unmistakeable production & arrangements - and features a diverse choice of artists such as Koby Israelite , Simo Lagnawi, Swingrowers and The Turbans.
Having worked regularly as remixers over the years, this time around Gypsy Hill decided to work with the bands in the studio from the get go, with each one picking up something a little new along the way.

All tracks recorded, mixed and produced by Gypsy Hill at Down and Left Studios. www.downandleft.com

Additional electric guitar on tracks A2 and A3 by Roi Erez. Additional drums on track A3 by Jim McCrae. Harmonica on track A1 by Noa Bodner. Double bass on B1 by Nemrod “Nim” Sadot.

Photos and artwork by Dunja Opalko.

Bandcamp Daily  your guide to the world of Bandcamp